The Knot of Which I Speak Cannot be Knotted 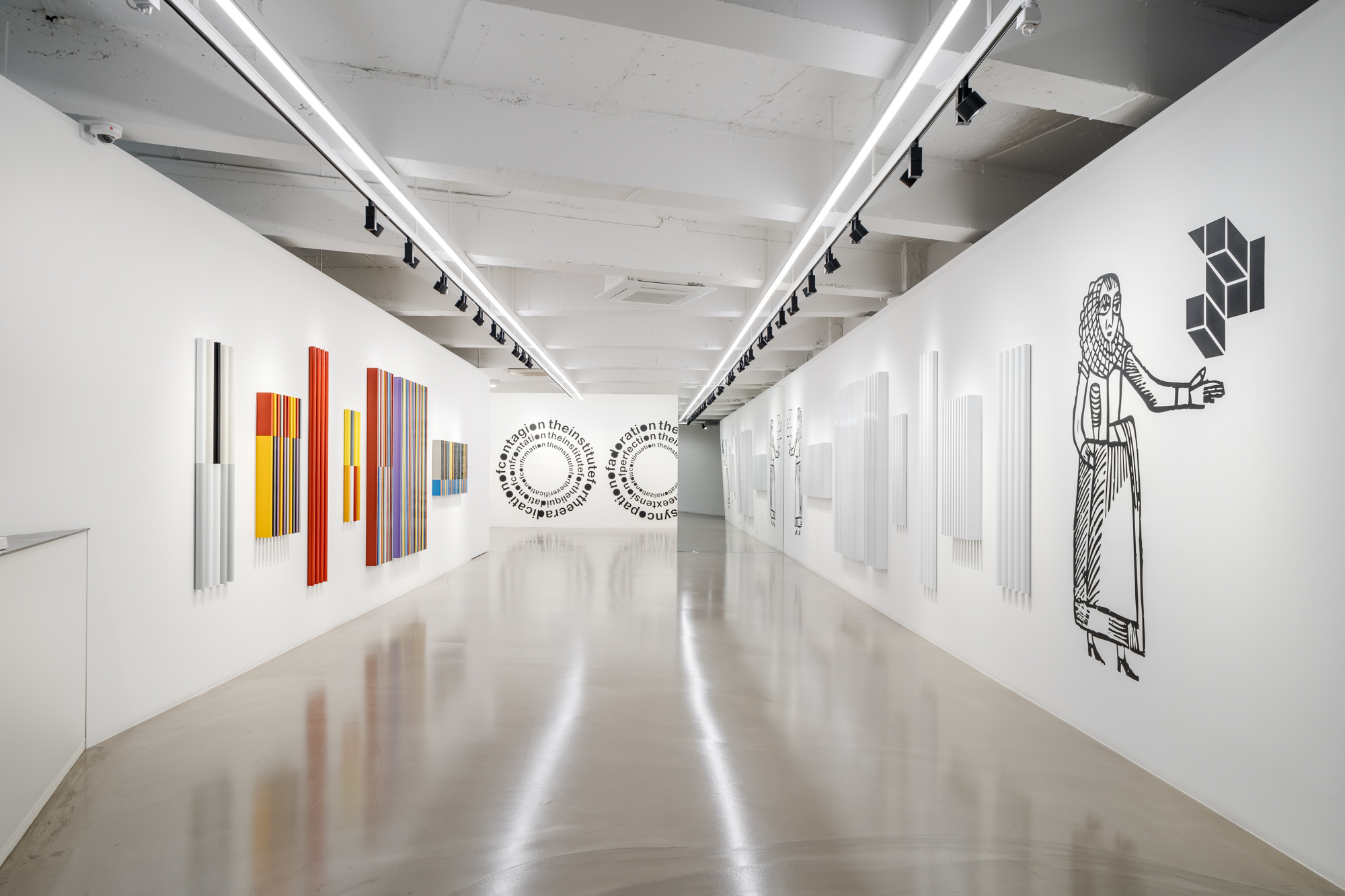 Gallery Baton is pleased to announce, The Knot of Which I Speak Cannot be Knotted, a solo exhibition by Liam Gillick (b.1964) from 1st October to 5th November in Hannam-dong, Seoul. As one of the significant figures in the contempo-rary art world, Gillick’s practice spans multi-disciplined fields producing artworks, public installations, journals and cri-tiques about a series of issues derived from the phenomenon and its influence upon members of society. He presented a large-scale installation project in Art Basel Unlimited section this year, and this exhibition is the second solo exhibition to be held after the first exhibition in Gallery Baton in 2018.

Since the beginning of 1990s, Gillick has explored structural notions of the built world and the dynamics of spaces. Es-pecially when the neo-liberal consensus drew keen attention as a practical form of globalization, Gillick started having an interest in a phenomenon in which a modern aesthetic system collides and coexists with a new political and social agen-da. Producing artworks, public installations, journals and critiques about a series of issues derived from the phenome-non and its influence upon members of society, he made significant contributions to establish the term Relational Aes-thetic, one of the central theories of contemporary art. 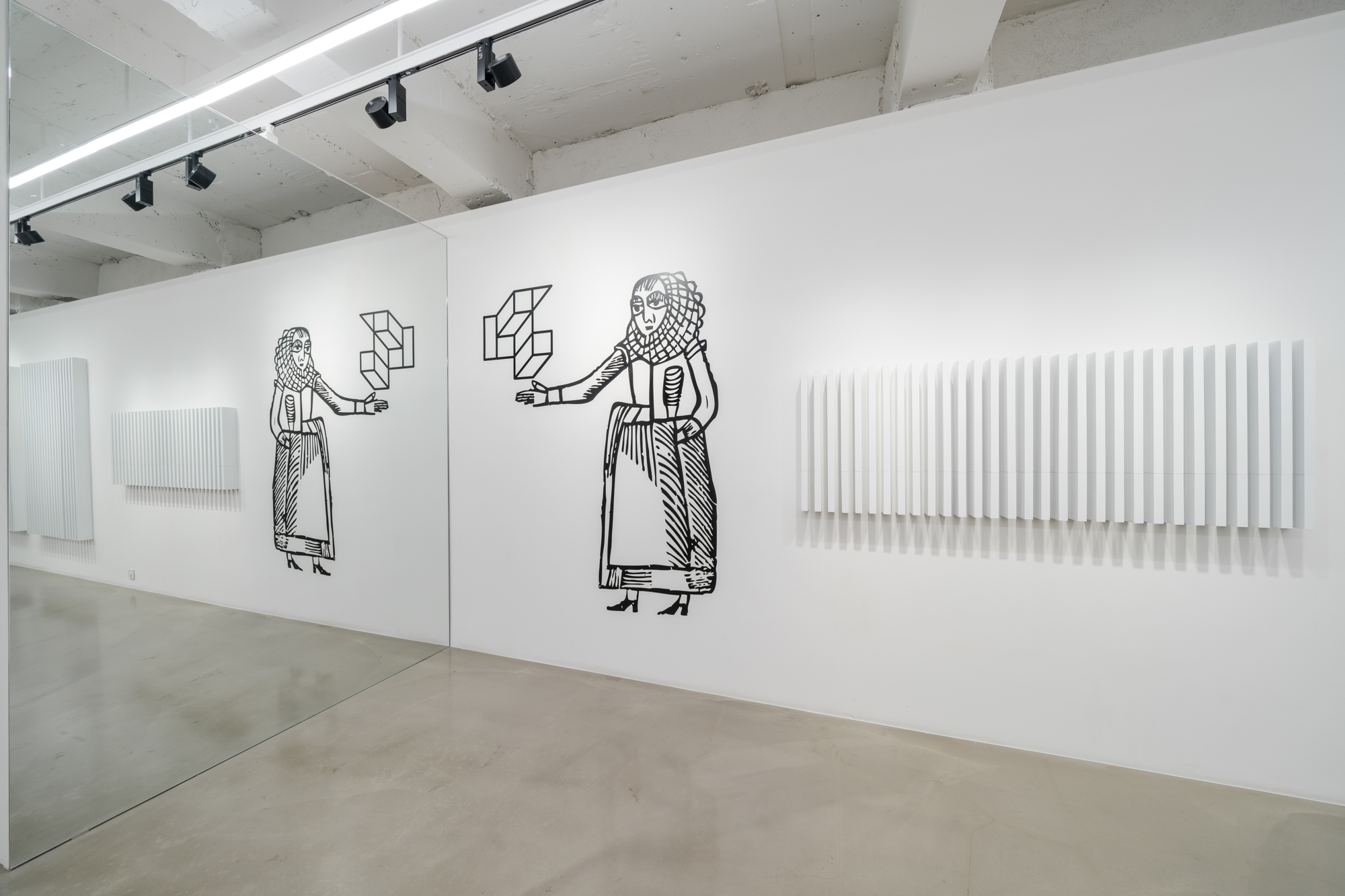 The exhibition, The Knot of Which I Speak Cannot be Knotted, continues reflecting Liam Gillick’s consistent investigation into ‘the aesthetics of production’ under the influence of the intricate contemporary social structure which governs life and work realms of every community member. Similar to how Gillick transformed several conditions suggested by post-graduate students to establish a hypothetical school into his work and an exhibition title at the past exhibition in 2018, There Should Be Fresh Springs…, this exhibition also deals with critical discourses and metaphoric approaches on the current phenomenon in which different organizations or establishments based on a variety of demands emerge and co-exist. For instance, the three oval-shaped texts placed in a separate space of the gallery refer to names of fictional insti-tutions—The Institute for the Regulation of Automation, The Institute for the Automation of Regulation and The Institute for the Automation of Automation. The different arrangements of simple words enable each institution to have an individual trait distinct from the others and the linguistic play of the work is even more pronounced by its symmetrical display on the two opposite walls of the exhibition space. 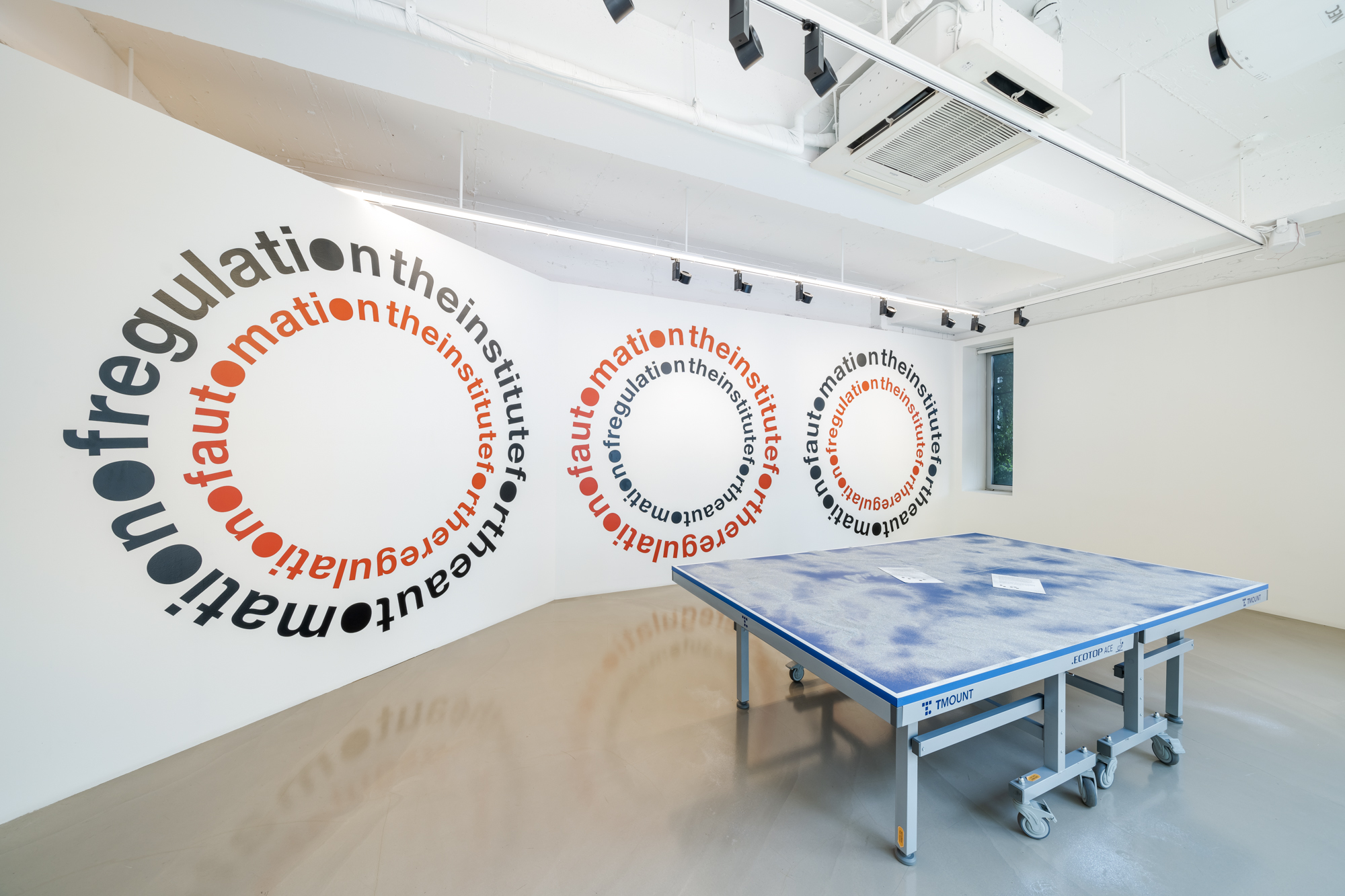 Above all, it is worth noticing that he recreates one of his early works shown in Traffic at the CAPC Musée d’Art Contem-porain in Bordeaux in 1996, the exhibition curated by Nicolas Bourriaud in order to showcase the tendency that he identi-fied as Relational Aesthetics. Along with the three circular texts, ‘(The What if Scenario) Dining Table’ (1996) which con-sists of a blue table-tennis table without a net and texts projected on the table surface reappears in the space. This par-ticular work reminds spectators of four central notions of production—compromise, development, projection and reno-vation—tightly maintaining a balance.

Liam Gillick’s texts and large-scale installations in the exhibition, Catastrophe and Recovery closed this August at Nation-al Museum Modern and Contemporary Art in Seoul followed by the major presentation at Gwangju Museum of Art, re-ceived positive responses. This exhibition will be another great opportunity to discover his new series fluently embracing extensive subjects from symptoms of the contemporary society where extreme automation is excessively sought for to British tales of the 17th century. His texts, steel constructions in diverse colors and arrays and illustrations whose motifs stem from the old tales not only organically occupy the space according to the given dynamics but will encourage the visitors to guess what the artist attempts to deliver in the enigmatic title of the exhibition.

Liam Gillick’s solo exhibitions have taken place at numerous leading international museums including Tate in London (2001), MoMA in New York (2003), Museum of Contemporary Art in Chicago (2009), Le Magasin in Grenoble (2014), Kunsthalle in Zürich (2008) and Centro de Arte Contemporáneo in Málaga (2005). Gillick has participated in major art ex-hibitions such as Documenta 10 in Kassel and the Venice Biennale; he was selected to represent Germany at the Venice Biennale in 2009; nominated for Turner Prize in 2002. This year, Gillick held a large-scale solo exhibition at the Gwangju Museum of Art and permanently installed his unique signage system, including installations at the LUMA Arles complex. His works are included in the collection of Centre Georges Pompidou in Paris, Solomon R. Guggenheim Museum, MoMA in New York, Tate London and Samsung Museum of Art among many other museums and public collections.