IT’S CRUCIAL TO HAVE AN ACTIVE FANTASY LIFE

I like to compose the presentation of language. I like to make the language spatial. I like coming at it various ways to various ends.
– Jenny Holzer

Kukje Gallery is pleased to present a solo exhibition of work by Jenny Holzer. For more than forty years, language has been Holzer’s primary medium. Through incisive aphorisms and poetic texts, she engages with pressing social issues and injustices. The artist’s iconic phrases, as well as those she selects from other sources, confront and disarm viewers, creating public spaces that are both stark and emotional. Spanning the gallery’s K2 and K3 spaces, the exhibition brings together recent paintings and watercolors, stoneworks, and electronic signs, each deploying text of a distinct nature. Inviting viewers to read and contemplate political and personal texts through different sensory experiences, Holzer creates a platform of oscillation between the realms of feeling and knowledge, the individual and the collective.

Holzer’s ongoing Redaction Paintings series bedecks the walls of K2. Using oil on linen, the artist translates government documents released by the Freedom of Information Act into paintings. Declassified but often heavily redacted, the US state and military papers are turned into giant abstractions, with the black blocks of redactions rendered in palladium, gold, and platinum leaf. One wall of K2 is transformed into a grid of Holzer’s newest watercolors, which are based on the US government’s “Report on the Investigation into Russian Interference in the 2016 Presidential Election,” known as the Mueller report. With bold titles ranging from dirt on HILLARY CLINTON to limit the amount of text to ultimate sin, this newest group of 36 watercolors looks back on an era of division and forward to the next chapter. Placed before the paintings are Holzer’s stoneworks, including various sizes of footstools and benches engraved with text. The tactile experience of tracing the letters cut in stone with one’s own hands provides an opportunity to reconsider the automated process of reading, opening doors to a conscious discernment and appreciation of emotion and comprehension.

In K3, four LED signs—a medium Holzer has been using since the early 1980s—further manifest the artist’s exploration of text mediated by materials. She explains that “A great function of the signs is their capacity to move, which I love because it’s so much like the spoken word: you can emphasize; you can roll and pause, which is the kinetic equivalent to inflection in the voice.” Words roll up, down, and across the LEDs at varying speeds, blinking, blacking out, and sparkling in patterns. The visual rhythm of one sign is combined with rotating motions of an inverted turntable. Suspended from a robotic system installed in the ceiling of the gallery is TRUISMS (2020), a four-sided LED that is more than three meters long. In combination with the choreographed movement of the turntable, the words scrolling the LED become musical. This vertical LED displays a cycle of Truisms, a series of brief statements that the artist has humorously described as “Jenny Holzer’s Reader’s Digest version of Western and Eastern thought.” Variously stern, playful, aggressive, and sometimes contradictory, the Truisms appear here in both English and Korean.

As one of the signs declares, CONFUSING YOURSELF IS A WAY TO STAY HONEST. Initially planned for the spring of 2020, this exhibition was postponed in the face of a global pandemic. The world has since witnessed and suffered from not only physical trauma but a dramatically accelerated degradation toward biased disunity. The year has been a tedious repetition of losing and regaining the self. At the end of a troubled year and looking toward a new start, we cautiously and proactively envision hope with the promise of a journey toward healing: IT’S CRUCIAL TO HAVE AN ACTIVE FANTASY LIFE. 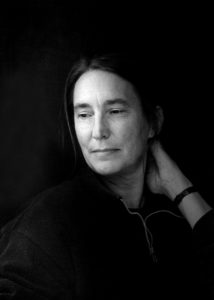 Jenny Holzer
For more than four decades, Jenny Holzer (b. 1950) has presented her astringent ideas, arguments, and sorrows in public places and international exhibitions, including the Venice Biennale, the Guggenheim Museums in New York and Bilbao, the Whitney Museum of American Art, and the Louvre Abu Dhabi. Holzer received the Leone d’Oro at the Venice Biennale in 1990, the World Economic Forum’s Crystal Award in 1996, and the U.S. State Department’s International Medal of Arts in 2017. She holds honorary degrees from Williams College, the Rhode Island School of Design, The New School, and Smith College. She lives and works in New York.